Young Master Qin Keeps Coveting Me After I Beat Him Up

Young Master Qin Keeps Coveting Me After I Beat Him Up 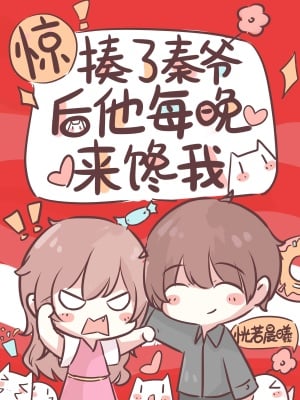 Jiang Xun was transmigrated as a cannon fodder. Her mother died when she was young, her stepmother schemes against her, and her father abandoned her in a village. But Jiang Xun didn’t panic, and she was a person who always won by virtue.

Thugs would say, “Stop hitting me, I’ll return the money!”

At the Jiang family banquet, guests were watching her every move, waiting for her to make a fool of herself. “I heard that she’s been living in the village for eleven years and has a country bumpkin-like feel to her. If I were the Jiang family, I wouldn’t risk her embarrassing me by letting her attend.”

Mr. Jiang said to her, “Stay behind your mother and don’t speak lest you embarrass yourself.”

Her stepmother nodded. “The Qin family’s patriarch, Qin Mufeng is noble, benevolent, and abstinent. Don’t even think about someone like him; he’s completely out of your league.”

Sure. She didn’t intend to marry into a rich family anyway. She just wanted to beat up the man in the rumors. But why was this man following her around all day every day?

Chapter 1 - The Jiang Family Is A Bunch Of BastardsChapter 2 - If In Silence You Don’t Explode, Your Mind Will Warp InsteadChapter 3 - Why Does Such A Bug Exist?Chapter 4 - She Caught His AttentionChapter 5 - Your Belt Buckle’s Hurting MeChapter 6 - Mr. Jiang Sent Me Here To bring You BackChapter 7 - Jiang Xun’s a LunaticChapter 8 - Can’t EscapeChapter 9 - He Wouldn’t Return Just For HerChapter 10 - You Dare Try That Again?Chapter 11 - Your Money Has Been Given To An OutsiderChapter 12 - You, An Outsider, Are Unworthy!Chapter 13 - There’s A Way To Make Her SufferChapter 14 - If He Doesn’t Apologize, I’ll Beat Him UpChapter 15 - Like Bringing a Demon BackChapter 16 - What Was Going On In Her HeadChapter 17 - Let Him Take Jiang Xun AroundChapter 18 - I’m Not Taking Any ChancesChapter 19 - Something Must Be Wrong If You Want Me To Go That BadlyChapter 20 - You Call Yourself A Young Master? View More >>