My System: An Evolved Computer I Made With My Unique Ability—

My System: An Evolved Computer I Made With My Unique Ability— 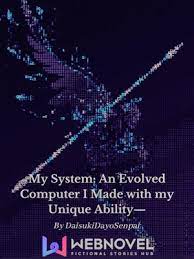 The Hero Age— circa 3113 ad. An age where humans have developed superpowers such as superspeed, superstrength, and every cliche superhero power there is. But not everyone awakened superhero powers.

A tad 1% of the population were unawakened and Satoshi is one of them... or so he thought.

It all started when he wished for a System-like ability in front of a retro computer, which in turn granted it the power of the System. What Satoshi didn't know is that he holds the power to transform/evolve animals and inanimate objects.

How will Satoshi's life evolve after this newfound power? Will he finally be the very best like no one ever was?