100 Days to Seduce the Devil

100 Days to Seduce the Devil 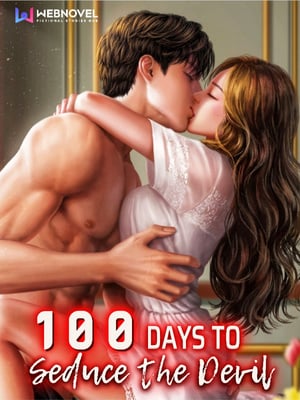 [Warning: R18+] She has to make the Devil fall in love within 100 days to regain her original body!

Phantomflake's soul got separated from her body after committing suicide in front of her enemy, Nathan Sparks, the Supreme Leader of Syphiruz Mafia.

She woke up only to find out that her body (which was in a coma state) was being held captive by Nathan 'the Devil!', who was trying to prolong her life. And what was his motive? To kill her by his own hand and torture her to death!

Nathan has a deep resentment against Phantomflake as she was the one who assassinated the most precious person in his life. He wanted revenge!

And things just got more exciting when a magical creature appeared in front of Phantom's soul, giving her a ridiculous mission in exchange of regaining her body back.

“Make him fall in love with you within 100 days!” The flying creature said, pointing his small paws at Nathan who expressionlessly stood next to her sickbed.

With her eyes going round, Phantomflake made an 'you-got-to-be-kidding-me' face at the flying creature.

No way! That's a mission impossible! This guy loathed her so much. How would she do that??!

He just shrugged his shoulders and looked at her expressionlessly, making Abigail more annoyed.

Nathan: “You almost poisoned me.”

Abi: “I clean your big mansion!”

Nathan: “You are out of tune.”

Abigail squinted her eyes at this cold-hearted devil. She's losing her patience.

Abi: “I almost stripped in front of you but you didn't even react!”

Nathan: “You didn't take all your clothes off.”

This time… his lips twitched, smirking at her

Abigail rolled her eyes skyward as she realized that the devil was just teasing her. 'Pervert!'

“Fine. I give up! It's so hard to seduce a robot!” She murmured.

She was about to turn around and leave when suddenly a pair of strong arms caught her by her waist. Then she just felt her body being pushed on the wall.

Nathan's face was now a few centimeters away from hers. She could feel his fresh breath fanning her cheek. “If you want to seduce me then do it properly!”

'Shit! What is he trying to do here?' Abi's heart was thumping like a drum roll inside her chest. Her mind went blank.

Before she knew it, she just found herself being kissed by the devil hungrily and aggressively.